It is Tobias' priority to raise the profile of Bournemouth on Britain's map. He has set out an ambitious master strategy called Conurbation 2050 for the town to achieve by 2050, which is attracting significant public sector investment. To be added to the mailing list for this please email tobias.ellwood.mp@parliament.uk

Tobias piloted one of the Conservatives' first social action projects with the restoration of St Mary’s Church, Boscombe, in October 2005.

Since then he has become an active supporter of Bournemouth's third sector organisations which make up the fabric of the town’s community. Tobias has successfully put a stop to plans which would have built thousands of homes on Bournemouth’s green belt, and recently successfully campaigned to stop the Navitus Bay Wind Farm Development. 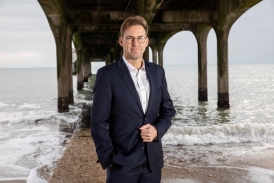