Annual Dinner at the Carlton Hotel 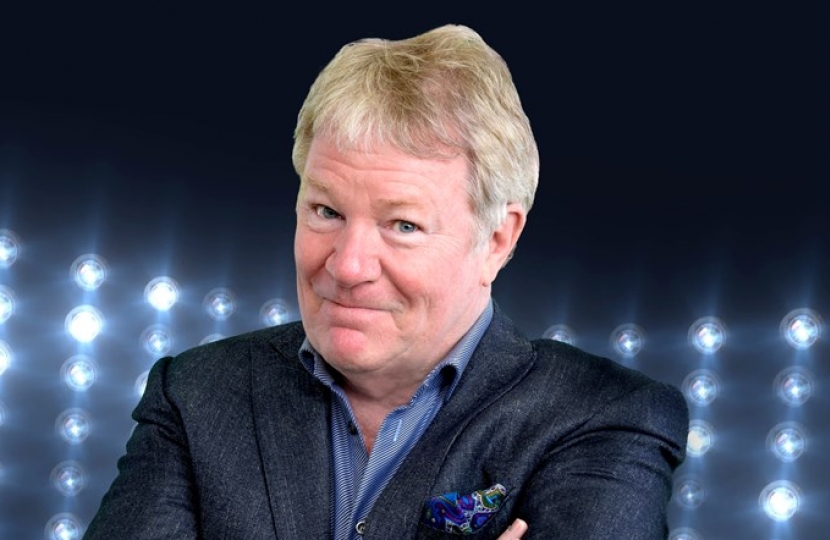 It seems so long ago now and much has happened since but we are pleased to report that our annual dinner back in November was a huge success.  We were delighted to welcome Jim Davidson OBE as our guest speaker who gave his time and efforts so generously on the evening.

Jim is a strong and ardent supporter of the party and as well as being firmly established as one of Britain's top stand-up comedians, highlights of his outstanding career have included five visits to the Falkland Islands, and countless engagements throughout the world entertaining British service personnel. In 1999 he travelled to Macedonia to entertain the Forces and in the same year he founded and became leader of The British Forces Foundation charity which aims to promote the well-being and esprit de corps of service personnel. He continues entertaining the troops in the many hot spots around the world as the demand from the troops continues and, at the moment, this is at an unprecedented level.

He is also CEO of Care After Combat, a UK based charity providing professional assistance for the well-being of Veterans and their families and supporting their transition from military to civilian life.

Our huge and grateful thanks to Jim for providing such an entertaining and hilarious evening.  It was much needed light relief during the election campaign.  Of course our thanks go to Rt Hon Tobias Ellwood MP for his invaluable support and also to all our members who came along and without whom these events could not happen.

Thank you to everyone and may we wish you a peaceful and Happy New Year.